Boil more water and save the planet

A better way to boil water: Running steam through turbines is the only available source of electricity that can meet today's demand. Currently, we have two ways to produce the heat required to boil water at scale: carbon-based fuels or uranium. To supply the power required to support another 10 billion people sustainably, we need to meet electricity demand with carbon-free sources of energy like solar and wind. However, the transition to renewables is estimated to be just 22% complete by 2050. The challenge is climate change has the potential to cause centuries of damage in 1-3 decades if left unchecked. Lowering carbon emissions to levels where plants can stabilize CO2 levels won't be cheap, and but is crucial to avoid the truly damaging effects of climate change. Uranium powered nuclear reactors are the only way we have to meet demand without continuing to burn fuels. Renewables just cannot scale quickly enough in the time we have. Reactors have reached an airline level of safety, but implementation is stonewalled by public fear of radiation. It's been found that coal power plants emit more radioactivity than nuclear plants, which only produce extremely contained not-blown-into-the-atmosphere waste. Point is, nuclear reactors can boil enough water to meet society's needs in the time we have to stop the greenhouse effect from slipping out of our control.

New leaves in India and China: 2.725 billion people require a lot of food. Intensive crop cultivation in China and India (e.g. multicropping, where fields are planted multiple times per year) as well as large scale tree planting programs in China have been the largest human contributions to a planet that is now 5% greener than it was in the early 2000s. The changing climate accounts for the vast majority of new growth however. A 2016 study showed that about 70% of new leaf area is thanks to rising carbon dioxide and nitrogen levels. In the United States however, Trump recently lifted a 2001 logging protection for Tongass National Forest in Alaska, part of a string of land-use deregulation efforts. Read the article

Map of leaf area in Asia and India

China reduces particulate matter by 83% in three years: While the U.S. drags its feet, China has been listening to the science. In 2014, the government implemented policies that dramatically improved air quality. A recent study of air in China showed just how successful they were in combating one of the worst public health crises. It also serves to show how far behind U.S. air policy has fallen during the Trump administration. Read the article

Eroding American scientific prowess: One year ago, two dozen scientists in charge of reviewing the EPA's air quality standards and the health effects of particulate matter (like PM1 and PM2.5) were fired by the Trump administration. Air pollution in the form of fine particles has been previously shown to cause cancer, stunt fetal development, and even increase violent crime. This firing is one of many instances of the administration gutting the EPA and U.S. science as a whole in order to roll back regulation while willfully ignoring the glaring negative effects. Choosing to ignore pollution science in this way seems analogous to removing seatbelt requirements in spite of the evidence of the good they do. The fired scientists are in the process of independently releasing the report in spite of a government that has shown a disdain for science. Read the article

20 businesses, 35% of carbon emissions: Looking at emissions by company is a fantastic way to assess low hanging fruit in the fight against climate change. 4.38% of energy-related carbon emissions came from Saudi Aramco alone. These numbers show just how viable carbon taxes are, a solution the IMF has called 'crucial' to slow climate change. Until we no longer depend on carbon-based fuels, higher energy prices are the inevitable cost of increasing productivity and a small price to pay to avert climate catastrophe. Read the article

Farms on the Moon: Establishing a human presence on the moon is critical for more significant endeavors in space, like Mars missions and one day mining asteroids. A recent paper provides evidence that lunar soil is viable for plant life, which is greatly reduces the effort required to support more than a few scientists at a lunar base. Read the article

Russian Nuclear Satellite: Yup, Russia's building a nuclear-powered satellite and it's probably a weapon. The article also has a great history of their previous efforts. Read the article

It's all about the sentiment: In this episode of 'Hopefully Hanlon's Razor', Congressman Brian Mast (R-FL) tweeted happy birthday to the U.S. Navy and included a picture of a Russian Kirov-class battlecruiser. Russia's gargantuan gunboat must look a bit more intimidating than U.S. ships in Google images. To my surprise, it was difficult to find a Google search that turned up images of the Russian ship. Read the article

Playing the victim: Representative Matt Gaetz (R-Fla) attempted to enter a House Intelligence committee meeting but, as a member of the House Judiciary Committee, he was asked to leave. Immediately, he began to spin the request to leave as a conspiracy against Republicans. Matt Gaetz had previously threatened Trump personal lawyer, Michael Cohen, before his testimony on Trump's dealings with Russia during the election. Read the article

U.S. manufacturing now in recession: Despite Trump's promise, manufacturing hit a 10-year low not seen since the financial crisis, thanks to the trade war and policy failure. Read the article 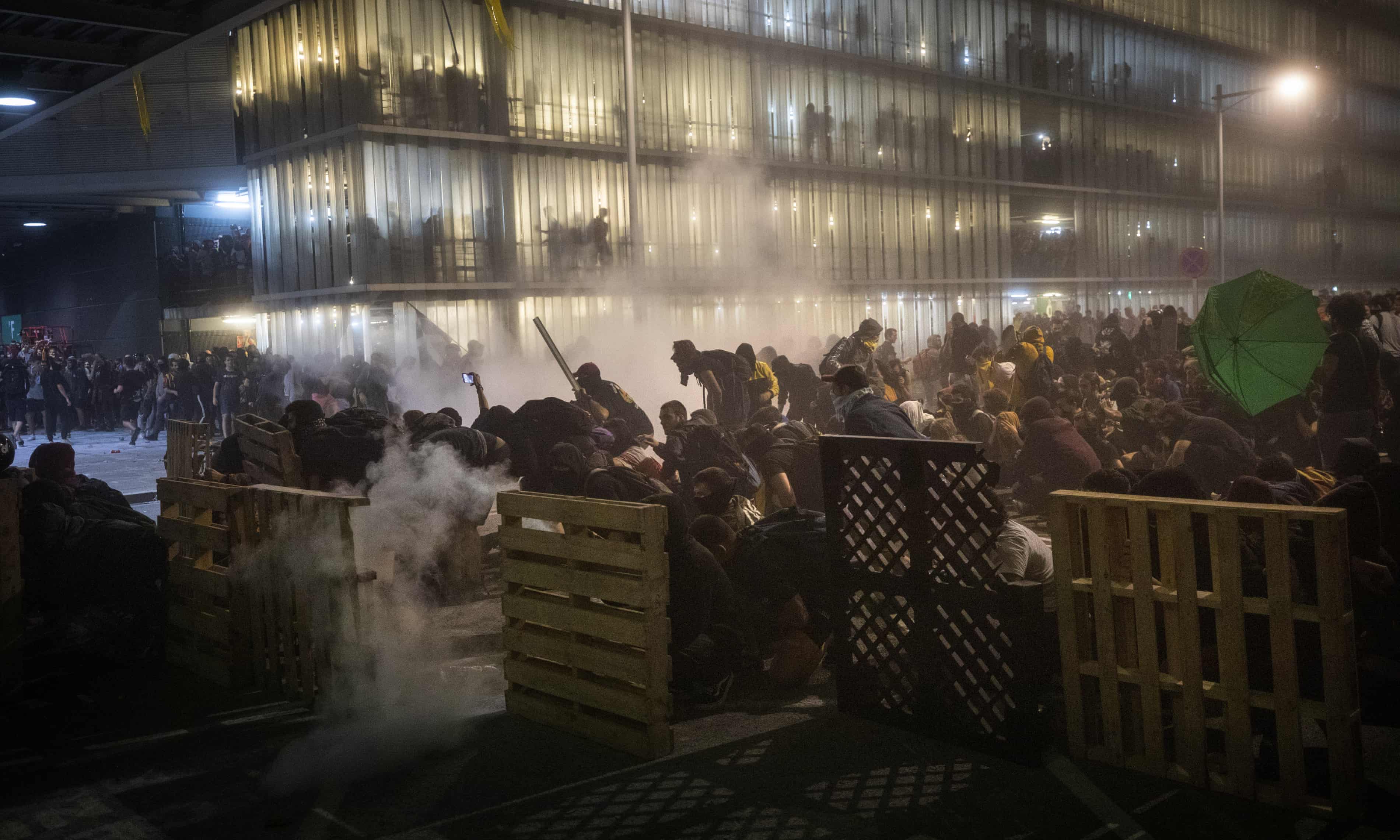 Irresistible Chinese Money: U.S. businesses push China-supplied '9 dash line' map like the one seen below, showing China's claims on the South China Sea and Taiwan. Major brands and companies globally have been caught using China's version of the world. Read the article

Name and Shame: An excellent list of companies who comply with Chinese demands and censorship.

"Unbelievable job": President Donald Trump congratulated Philippine President Duterte on his drug policies, which are responsible for the execution of more than 20,000 people. Read the article

Beijing condemns U.S. Hong Kong bill: The bill was approved by the House on Wednesday the 16th. Introduced by Representative Chris Smith (R-NJ), it was aimed at paving the way for action against the Hong Kong government. Beijing decried the bill's approval as a 'political plot'. Read the article